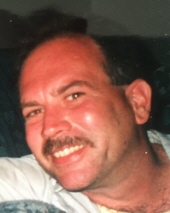 Daniel “Louie” McHugh
Louie left us too soon at the age of 55 and will be greatly missed by his family and friends. Louie was a lifelong resident of the Southside of Indianapolis having grown up in the Garfield Park neighborhood. He was born July 7, 1960 and died April 29, 2016. Louie was a graduate of Emmerich Manual HS, class of 1979, and played football, one of the loves of his life. He was a faithful Notre Dame fan even in their difficult years. Louie also graduated from Ivy Tech and worked as an HVAC Refrigeration Technician for Marsh and Marshall Mechanical. He was a hard worker and loved his job and the people he worked with and was always willing to help family and friends.
Louie is survived by his wife of 32 years, Lisa (Tolson) McHugh. Louie and Lisa have 3 children, Nick, Andria, and Connor. He is survived by his siblings, Mary ‘Aggie’ (Dave) Binkley, Angie (Chuck) Hert, Jim (Maureen) McHugh, Margee McHugh, Maureen Barkley, and Kathy Threewits. He is also survived by his sister-in-law, Jeanne (O’Connor) McHugh; and his mother-in-law, Georgia Tolson. His parents, ‘Big Mike’ and Aggie (Budenz) McHugh preceded him in death as well as his brother, Michael; brother-in-law, John Threewits; and father-in-law, Herb Tolson. It brings the family much comfort to know they were there to greet Louie.
A calling will be held at Daniel F. O’Riley Funeral Home, Tuesday, May 3, 2016 from 4 p.m. until 8 p.m. with a time for sharing stories at 7:30 p.m. There will be additional calling on Wednesday at Good Shepherd Catholic Church, 2905 Carson Avenue, beginning at 10 a.m. followed by a Mass of Christian Burial at 11:00 a.m. Louie will be buried in Calvary Cemetery in the ‘old neighborhood’ section which would have brought a huge smile to his face. In lieu of flowers, contributions are suggested in his name to Good Shepherd CYO. Online condolences may be shared with the family at orileyfuneralhome.com.

To order memorial trees or send flowers to the family in memory of Daniel J. 'Louie' McHugh, please visit our flower store.