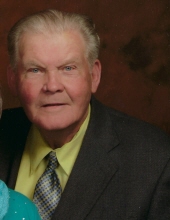 Floyd relocated to Smith Valley in 1965 and bought his first bulldozer in 1970. He was the owner and operator of Atkins Excavating since 1970, and was still on the jobsite up until three weeks ago. Floyd was a member, usher, and trustee at Smith Valley United Methodist Church. He enjoyed the outdoors – fishing, deer hunting, and was an animal lover. He will be fondly remembered by his loving family and many friends.

Friends and family will gather Friday, October 23, 2020, 5 to 8 p.m., at the O’Riley Funeral Home, 6107 S. East Street, Indianapolis. The funeral service will begin at 11 a.m., Saturday, October 24, 2020, in the Smith Valley United Methodist Church, 5293 Old Smith Valley Road, Greenwood. Pastors Jennifer Lewis and William Merkley will officiate. Burial will follow at the Independent Order of Odd Fellows Cemetery, Waverly. Memorial contributions may be made to the church. Visit www.ORileyFuneralHome.com to share a favorite memory or to sign the online guest registry.

To order memorial trees or send flowers to the family in memory of Floyd Atkins, please visit our flower store.