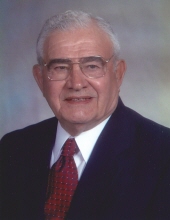 He graduated from New Marion High School and proudly served in the United States Army during World War II. Mr. Kocher was employed as a mechanic at American Can Company for 38 years, retiring in 1980. A devout Catholic, George was a member of St. Mark Catholic Church and was a former longtime member of Holy Name and Our Lady of the Greenwood. He was also a member of the Knights of Columbus Council 3660 and the American Legion. Some of George’s favorite hobbies included playing cards and watching sports, especially the Reds, Pacers, and the Colts. His memory will be cherished by a loving family and many friends.

In addition to his parents, he was preceded in death by a son, Rick Kocher; brothers, Bernard and Herman Kocher; sisters, Mildred Kremer and Florence Miller.

Survivors include his wife of 69 years, Betty (Miller) Kocher, to whom he was united in marriage May 21, 1949; son, Ron (Mary) Kocher; daughters, Jan (Bob) Dexter and Sharon (Dennis) Fehnel; fourteen grandchildren; 26 great grandchildren.

Visitation will be held Monday, August 6, 2018, 4 to 8 p.m., in the Daniel F. O’Riley Funeral Home, 6107 S. East Street, Indianapolis. Recitation of the rosary will be at 3:30, prior to visitation, and all are welcome. Morning prayers will be said at 10 a.m., Tuesday, August 7, 2018, at the funeral home, followed by the Mass of Christian Burial at 10:30 a.m., at St. Mark Catholic Church. Burial will follow at Calvary Cemetery. Memorial contributions may be made to St. Mark Catholic Church. Visit www.ORileyFuneralHome.com to share a favorite memory or to sign the online guest registry.

To order memorial trees or send flowers to the family in memory of George F. Kocher, please visit our flower store.