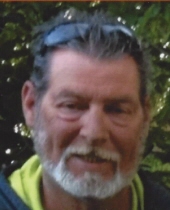 George M. Greer, 54, Indianapolis, passed away Friday, August 5, 2016. He was born in Indianapolis on August 12, 1961 to Robert M. and Eleanor Theresa Prestel Greer. He is survived by his sons, Curtis and Marcus Greer; brothers, Tom (Maureen), Bob, Al (Jennifer), John (Natalee); sister, Cindy Scott (Larry); and many nieces and nephews. He was preceded in death by his parents; brother, Donald Greer; and his sister, Diane T. Faulkner. George was a PGA assistant pro at Sarah Shank Golf Course and a greens keeper at Bluff Creek Golf Course. Visitation will be Monday, August 8, 2016 from 4 p.m. until 8 p.m. in Daniel F. O'Riley Funeral Home, 6107 S. East St. (US Hwy 31 South), Indianapolis, IN 46227 with a funeral service on Tuesday at 12 noon in the funeral home. Burial will be in Calvary Cemetery. Online condolences may be shared with the family at orileyfuneralhome.com.

To order memorial trees or send flowers to the family in memory of George Milton Greer, please visit our flower store.