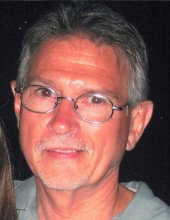 Jesse J. Hunt, 75, of Indianapolis, passed away on February 28, 2022. Jesse was born on September 28, 1946, in Allen County, Kentucky to the late Jess Hunt and Evelyn (Witt) Hunt Davis. He was a graduate of Emmerich Manual High School where he played baseball.

After high school, Jesse began his career at the U.S. Paper Company in Indianapolis, now known as MeadWestvaco. Devoted to the company, he worked his way through the ranks from Machinist to Group Leader. Jesse was incredible at his job, being sent to Germany twice. After 34 years of devoted work, Jesse retired in 2009.

Hard work was not foreign to Jesse. Outside of work, it wasn’t uncommon to find him with a tool in his hand fixing a motorcycle or a car. He was known to buy a “project”, fix it, and resell it for sport. Jesse stayed busy, making repairs and installations up until his death. A mechanical mind puts it lightly; as mechanically inclined as Jesse was, he was equally as generous. Fixing his family member’s various house projects was very important to his selfless heart.

Family was of utmost importance to Jesse. If one of his children, grandchildren, great-grandchildren, nieces, or nephews had a school play, ball game, or talent show, they always knew that they would find Jesse’s face in the crowd supporting and cheering for them; he never missed an event of those he loved.

Along with being extremely handy and devoted to those he loved Jesse enjoyed rec league softball games, bowling, and being at the racetrack whether watching a car or a horse. Jesse loved being on the water; he enjoyed being on his cabin cruiser on Lake Raccoon and various houseboat trips to Lake Cumberland. Known to grab his guitar and start singing, Jesse relished entertaining those he loved. Sarcastic with a quick wit, he truly was known as the life of any gathering, ready to provide a good laugh.

Above all, Jesse was a true family man who loved his family, friends, and strangers alike. His hardworking spirit, devotion to others, and sense of humor will be deeply missed.

Jesse’s Life Celebration® Visitation will be held Friday, March 4, 2022, from 1:00 to 6:00 PM in the chapel at O’Riley-Branson Funeral Service & Crematory. The funeral service will begin in the funeral home on Friday at 6:00 PM. Jesse will be laid to rest in Mt. Pleasant Cemetery, Greenwood, on Saturday, March 5, 2022, with the committal service beginning at 2:00 PM. Please visit www.ORileyBranson.com to share a favorite memory or sign the online guest registry.

To order memorial trees or send flowers to the family in memory of Jesse J. Hunt, please visit our flower store.