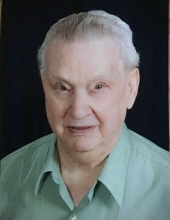 John proudly served in the United States Marine Corp and worked at Roberts Dairy for more than 20 years. He retired as an assistant assessor after many years with the Marion County Assessor’s Office. John was a member of St. Roch Catholic Church for most of his life. A devout Catholic, he was also a member of the Knights of Columbus Council 3660. He was known to enjoy an occasional trip to the casino and was comfortable with a fishing rod in his hand. Above all, John was strongly devoted to his Lord and his family. He will be fondly remembered for his wonderful sense of humor and kind spirit.

In addition to his parents, he was preceded in death by siblings, James, George, and Monica; a son, Michael A. Miller, and a grandson, William Charles White III.

Friends and family will gather to celebrate the life of John A. Miller, Jr. on Monday, June 19, 2017, 5 to 8 p.m., in the Daniel F. O’Riley Funeral Home, 6107 S. East Street, where prayers will be said on Tuesday, June 20, 2017, at 12:30 p.m. The Mass of Christian Burial will be celebrated at 1 p.m., Tuesday, in St. Roch Catholic Church. Entombment will follow in Calvary Cemetery. Memorial contributions may be made to St. Roch Catholic Church. The family encourages casual attire in honor of John's wishes. Visit www.ORileyFuneralHome.com to share a favorite memory or to sign the online guest registry.

To order memorial trees or send flowers to the family in memory of John A. Miller, Jr. , please visit our flower store.