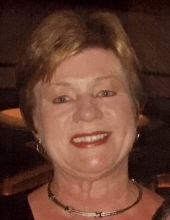 Mary Beverly Heneghan passed away September 5, 2022, in the Franciscan Alliance Hospice House, after a lengthy illness. Mary was born in 1944 to the late Walter M. Mercer and Margaret Crabtree Mercer in Memphis Tennessee. She met and married husband Thomas Heneghan in November of 1973. Mary and Thomas call Indianapolis home but enjoyed their time at their former residents of Long Island New York and Marietta Georgia. Mary’s catholic faith, family, and her Irish heritage were extremely important to her.

She was a long-time member SS Francis & Clare Catholic Church in Greenwood. Over the years Mary was involved in numerous groups, committees and organizations, volunteering wherever needed and enjoyed reading, traveling, and crocheting. Her greatest joy came from being around family and friends and was affectionately known as “Uncle Bev” by her nieces and nephews. Mary had several areas of interest in her career path. The one that brought the greatest satisfaction was being a teaching assistant to special needs children at Rise Learning Center and in both the Greenwood and Center Grove School districts.

To leave a remembrance or a tribute of Mary, please visit www.orileybranson.com

To order memorial trees or send flowers to the family in memory of Mary Beverly Heneghan, please visit our flower store.