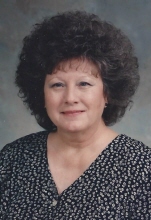 Shirley Gayle Greene, 80, Mooresville, passed away Friday, January 27, 2017. She was born in Indianapolis on March 30, 1936 to Raymond and Lenna Duzan. Shirley was a 1954 graduate of Ben Davis High School and had attended Herron School of Art as a fine arts major. She worked as a secretary in the chemistry department at IUPUI for many years. Shirley was preceded in death by her husband, Charles R. Greene and is survived by her son, Jeffrey Greene (Charlotte); and her grandsons, Nathan and Andrew Greene. Visitation will be from 4 p.m. until 8 p.m. on Tuesday, January 31, 2017 in Daniel F. O'Riley Funeral Home. A Mass of Christian Burial will be celebrated on Wednesday at 9:30 a.m. in Sacred Heart Catholic Church. Burial will be in Calvary Cemetery. Memorial contributions may be made to the Myasthenia Gravis Foundation of America. Online condolences may be shared with the family at orileyfuneralhome.com.

To order memorial trees or send flowers to the family in memory of Shirley Gayle Greene, please visit our flower store.