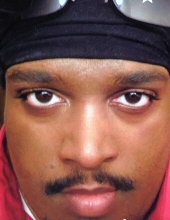 Tremayne Rucker, 39, of Indianapolis, passed away November 24, 2018 at St. Vincent Hospital in Indianapolis. Born in Peoria, Illinois on November 5, 1979, Tremayne was the son of Prentice Charles Orr and Antoinette M. Rucker; his mother and father both survives and resides in Rock Island, Illinois.

Tremayne proudly worked as a security guard for a number of years before his health declined. A loving son, brother, uncle, great uncle and friend, Tremayne’s memory will be cherished by his family and a host of friends.

There will be no services for Tremayne at this time. Final care and cremation arrangements are entrusted to the Daniel F. O’Riley Funeral Home, 6107 S. East Street, Indianapolis. Visit www.OrileyFuneralHome.com where you may express online condolences to Tremayne’s family.

To order memorial trees or send flowers to the family in memory of Tremayne Rucker, please visit our flower store.