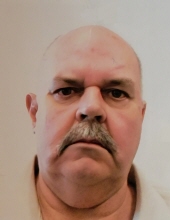 William “Bill” Stephen Robbins, 74, a lifelong resident of Indianapolis, passed away suddenly at his residence on August 30, 2022. Bill was born on January 20, 1948, in Indianapolis to the late William F. and Betty (Boyken) Robbins. On May 26, 1973, Bill wed Maureen M. Marx who survives.

He graduated from Warren Central High School in 1966 and went on to attend Indiana University. In April of 1967, Bill began his 45-year tenure with the railroad as New York Central Railroad and then Conrail. Bill also spent many years working for the Harrington family, helping them in Chicago. Bill was an extremely proud member of the United Railworkers Union, #1548.

Bill had many good friends throughout his life. He absolutely adored his grandchildren and great-grandchildren. Bill often enjoyed watching a great game of golf, traveling abroad with his wife, having a good time, and living life to the fullest.

Per Bill’s wishes, no formal services will be observed, and cremation will take place. A celebration of his life is in the process of being planned for a later date. O’Riley – Branson Funeral Service & Crematory is entrusted with cremation arrangements. Please visit www.ORileyBranson.com to share a favorite memory of Bill with his family.

To order memorial trees or send flowers to the family in memory of William "Bill" Stephen Robbins, please visit our flower store.