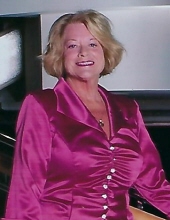 Anita graduated from Southport High School in 1962 and maintained many friendships with her high school friends to this day. She retired from AT&T in 2000, where she worked for 30 years. A strong Catholic, Anita was a member of Saints Francis & Clare of Assisi Catholic Church and was a part of a Bible study at the church. She was a very social person and enjoyed being a part of the Red Hat Society and several lunch groups. Anita was an avid reader, enjoyed cooking, shopping, and traveling. She will be fondly remembered by her loving family and friends.

In addition to her parents and Dick, she was preceded in death by one daughter, Paige Michelle Wood; brothers, Windsor “Duke” and Billy Smyser; sister, Vicki Archer.

Anita’s Life Celebration® visitation will be Friday, October 8, 2021, 5 to 8 p.m., at the O’Riley Funeral Home, 6107 S. East Street, Indianapolis, where morning prayers will be said at 10:15 a.m., Saturday, October 9, 2021. The Mass of Christian Burial will begin at 11 a.m., Saturday, October 9, 2021, in SS. Francis & Clare of Assisi Catholic Church, 5901 W. Olive Branch Road, Greenwood. Entombment will be at Washington Park East Cemetery. Visit www.ORileyFuneralHome.com to share a favorite memory or to sign the online guest registry.

To order memorial trees or send flowers to the family in memory of Anita A. Wood, please visit our flower store.