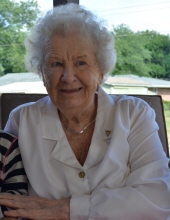 Anna Margaret Prout, 93, Indianapolis, passed away peacefully at home on April 3, 2017. Mrs. Prout was born November 17, 1923, in Indianapolis, to the late Thomas and Alice (Painter) Fitzgerald.

She graduated from the St. Vincent School of Nursing and worked for a period of time as a Registered Nurse. Mrs. Prout was a member of St. Barnabas Catholic Church.

In addition to her parents, she was preceded in death by her husband, Jack W. Prout, who died in 2006; a son, Robert J. Prout; five brothers and two sisters.

The funeral service will begin at 1 p.m., Saturday, April 8, 2017, in the Daniel F. O’Riley Funeral Home, 6107 S. East St. (US Hwy 31 South), with visiting hours there from 11 a.m. Interment will follow in Calvary Cemetery. Memorial contributions may be made to the Little Sisters of the Poor. Visit www.ORileyFuneralHome.com to share a favorite memory or to sign the online guest registry.

To order memorial trees or send flowers to the family in memory of Anna Margaret Prout, please visit our flower store.