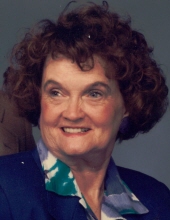 Betty Jane Spicuzza, 92, of Indianapolis passed away January 16, 2018. Born in Indianapolis on August 5, 1925, Betty was the daughter of the late Fredrick and Ruth (Rigdon) Cook. She was united in marriage to August “Gus” Spicuzza, Jr. and he preceded her in death on December 26, 2004.

Betty was a homemaker and a long-time member of Sacred Heart Catholic Church in Indianapolis.

She is also preceded in death by her infant daughter, Rose Anne Spicuzza and her siblings; Dana Daffron, Jacqueline Fertig, and Glen Cook.

Family and friends will gather to celebrate the life of Betty Spicuzza from 2:00 p.m. until 5:00 p.m. on Sunday, January 21, 2018 at the Daniel F. O’Riley Funeral Home, 6107 S. East Street, Indianapolis. Morning prayers will begin at 10:30 a.m. on Monday, January 22, 2018 at the funeral home with Mass of Christian Burial celebrated at 11:00 a.m. on Monday at Sacred Heart Catholic Church. Burial will follow at Concordia Cemetery in Indianapolis. Visit www.OrileyFuneralHome.com where you may express online condolences with the Spicuzza family.

To order memorial trees or send flowers to the family in memory of Betty Jane Spicuzza, please visit our flower store.