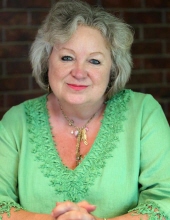 Betty most recently served as president and CEO of Planned Parenthood of Indiana and Kentucky for 15 years. Previously, she served as the state budget director of the State of Indiana and head of the Indiana Department of Administration for former Governor Frank O'Bannon and earlier as Bloomington's city controller after working for the Bloomington Redevelopment Department. She received many awards and accolades throughout her career. Among those, she twice received a Sagamore of the Wabash - the State of Indiana’s highest award - the first from Governor Frank O’Bannon and the second from Governor Joe Kernan. In honor of her 50th birthday, March 25th, 2003 was declared Betty Cockrum Day by the mayor of Indianapolis.

There was no challenge that Betty could not meet, and she always made it look easy.

In her work life, Betty was a tireless warrior for the underprivileged, determined to make the world a better place. In addition to her demanding career, she always made time to volunteer in leadership roles at non-profits and for other worthy causes including Hoosier Women Forward, Indiana Recycling Coalition, Indianapolis Historic Preservation Commission, Domestic Violence Coalition, and the Indianapolis Art Center. She had a reputation for being exceedingly effective, but with a light touch, and was widely sought for political, personal and professional advice. At home with family or friends, she was as relaxed, warm and gregarious as any person you could ever hope to meet. She had a great, and irreverent, sense of humor, and smiled easily.

Betty was thoughtful beyond comparison. No matter how busy she was or how demanding her job, she always sent a card or gift for birthdays and holidays, or dropped a note when something was going on in your life. She loved knick-knacks, music of many genres, and good food and wine.

Betty had a way with words, with her prowess spanning from legal to whimsical. She was an avid reader and particularly loved a good quote. “Well behaved women rarely make history”, “A world of wanted children would make a world of difference”, “Thou shalt not whine”, and “the dude’s buyin” to name only a few of those which adorned her walls, refrigerator, bumper and any other available space.

Betty was the consummate entertainer and hostess. She loved to organize gatherings, both at home for her friends and in a professional capacity. Gathering of the Goddesses (later Gathering of the Gods and Goddesses to be more inclusive), Political Junkies, and others which became annual staples, bringing together people from all spectrums to support myriad worthy causes. No one hosted a party or brought people together like Betty Lou. She also brought people together by creating lasting friend groups, of course with clever titles, such as the Skirts (followed by the MiniSkirts), Redheads, Wine Women, and Comfy Club, to name a few.

She attended Ball State University after graduating high school and earned her bachelor’s degree in 2006 from Indiana University—Purdue University Indianapolis.

In addition to her parents, she was preceded in death by her siblings Laurel, Butch, Dave, and Patty. Survivors include her siblings Moynetta, Paul, and Nina, sons Joel (Liz) and Gavin (Maggie), four grandchildren Darby, Cade, Cooper and Felix, and extended family members.

Betty left us too soon. She will be missed greatly by her family and countless friends.

Family members held a small private visitation at the O’Riley Funeral Home, 6107 South East Street, Indianapolis. A larger gathering to celebrate her extraordinary life will be held at a later date.

Her sons have asked that in the spirit of her passion and career, donations be made in her name to the Julian Center for victims of domestic violence: https://www.juliancenter.org/in-memory-of-betty-cockrum/.

To order memorial trees or send flowers to the family in memory of Betty Lou Cockrum, please visit our flower store.