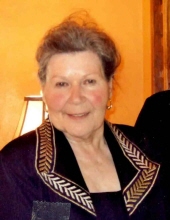 Billie A. Bailey, 84 of Indianapolis, passed away Tuesday, November 7, 2017 at Franciscan St. Francis Health in Indianapolis. Born in Cincinnati, Ohio on July 15, 1933, Billie was the oldest of nine daughters; her parents were Philmer “Joe” and Bessie (Bowling) Meisberger.

Billie worked as a secretary at Schuster Block Company in Indianapolis for many years. A loving mother, sister, grandmother, and great grandmother, Billie was very close to her entire family and enjoyed spending time with them.

Along with her parents, she was also preceded in death by her husband, Hardemon “Hardy” Bailey; her son, Steve Yeager; her daughter, Patty Colbert; and four sisters, Jean Ferrell, Judy Cliburn, Mary Jo Hughes, and Donna Hester.

Family and friends will gather to celebrate the life of Billie A. Bailey from 2:00 p.m. until 5:00 p.m. on Sunday, November 12, 2017 at the Daniel F. O’Riley Funeral Home, 6107 S. East St., Indianapolis. Rev. Shan Rutherford will officiate the funeral service beginning at 5:00 p.m. on Sunday at the funeral home. Burial will be at New Marion Cemetery in New Marion, Indiana on Monday, November 13, 2017. Visit www.OrileyFuneralHome.com where you may share online condolences with Billie’s family.

To order memorial trees or send flowers to the family in memory of Billie A. Bailey, please visit our flower store.