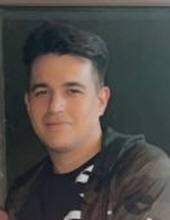 Blake Alexander Howard, 33, of Indianapolis and Clearwater, Florida, passed away suddenly on October 3, 2021. Blake was born at Methodist Hospital in Indianapolis on August 2, 1988 to Todd Howard and Shana Howard-Lindsay.

Blake attended Ben Davis High School in Indianapolis. For the past 6 years Blake resided in Clearwater, Florida. He enjoyed going to the beach as much as he could, often saying, “It’s hard to be depressed when you’re at the beach!” Most recently Blake had returned to Indianapolis to be with his family and begin his internship as an addictions counselor; his heart and passion for caring for others was apparent in all that he did. When not caring for others, working, or at the beach, Blake loved to skateboard.

Blake took his role as an uncle very seriously. He adored his nieces. Full of life and charisma, Blake had a personality that everyone was attracted to. He was always caring for others and had compassion for everyone around him. His fun-loving spirit will be greatly missed by all of those he leaves behind.

Blake is survived by both of his parents, Todd Howard and Shana (Luhman) Lindsay; his sister, Blaine (DJ) Cline; his nieces, Ava, Aydan, and Addyx; his maternal grandparents, Shelby Bradley and Stanley Luhman; his paternal grandparents, Frances Smith and Frank Smith; a host of friends and extended family members.

Blake was preceded in death by his step father, Mark Lindsay.

According to Blake’s wishes, he will be cremated. A celebration of Blake’s life is being planned for a later date. Please visit www.ORileyFuneralHome.com to leave an online condolence for Blake’s family.

To order memorial trees or send flowers to the family in memory of Blake Alexander Howard, please visit our flower store.