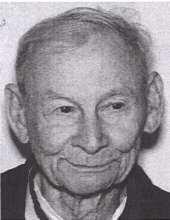 Bruce B. Kennedy, 85, of Indianapolis, passed away on August 20, 2022, at Franciscan Health Indianapolis. He was born on August 28, 1936, in New York City, New York to the late James and Lillian (Lederer) Kennedy. On January 11, 1964, he wed Judith Kay “Judy” Taylor in Fort Worth, Texas; Judy survives. They have resided in Indianapolis since 1965.

Bruce was a graduate of Garden City High School in Garden City, Long Island, where he was on the lacrosse and basketball teams. A veteran of the United States Army, Bruce proudly served his country. He worked for Allstate Insurance company for 33 years selling Auto, Home, and Life insurance. Prior to his position with Allstate, he worked as a salesman for Mars candy company.

An active member of St. Barnabas Catholic Church, Bruce served as a eucharistic minister and volunteered with the Rite of Christian Initiation of Adults (RCIA) ministry. Bruce volunteered as a Big Brother through Big Brothers and Big Sisters of America. A dedicated volunteer of the USO at the Indianapolis International Airport, Bruce assisted service men and women along with their families during their travels. When not working or at church, Bruce enjoyed watching sports, specifically his beloved Yankees, Pacers, and Colts. Bruce and Judy have many fond memories of spending time in New Smyrna Beach, Florida every year.

Along with his parents, Bruce was preceded in death by a brother, James Kennedy.

Bruce’s family would like to thank the excellent doctors and nurses at St. Francis who cared for Bruce in his final days.

The visitation will be Friday, August 26, 2022, from 10:00 to 11:00 AM at St. Barnabas Catholic Church, 8300 Rahke Road, Indianapolis, Indiana 46217. The Mass of Christian Burial will be celebrated by Father Jim Farrell at 11:00 AM on Friday in the church. Following the Mass, burial will take place in Calvary Cemetery, Indianapolis. In lieu of flowers, please consider donating to your favorite charity in Bruce’s memory. To sign the online guest registry or share a favorite memory of Bruce, please visit www.ORileyBranson.com.

To order memorial trees or send flowers to the family in memory of Bruce B. Kennedy, please visit our flower store.