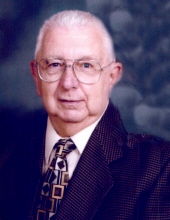 Carl R. Hirschle, 84, passed away peacefully in his sleep at home on June 26, sitting in his favorite chair, the same chair in which he spent his days reading, updating his stamp collection, and opening his presents on a Christmas Day or a Father’s Day. Carl was born in Toledo, Ohio on September 18, 1935 to Carl and Mary Hirschle. He had one brother and two sisters, all of whom preceded him in passing. Carl graduated from the University of Toledo, where he met a certain lovely named Judith Tombers, who would become his wife. Carl joined the Ohio Air National Guard as part of the 112th Tactical Fighter Squadron and was honorably discharged in 1962. Carl moved with his wife, two boys, and a daughter from Toledo to Indianapolis in 1968 to pursue a business venture, and eventually built and either owned or operated the Truckers World truck stop at I-65’s Exit 99 in Greenwood, Indiana for 30 years.

Carl was a genuinely compassionate man, though one would not know it by observing his reserved nature. He was “always giving and wanting to help out with no expectations of anything in return.” Carl was a craftsman, frequently creating unique woodworking pieces and molding lead soldiers for his sons to go along with the carved castle that his father created for him when he was a boy. He was a “math wizard,” savvy with electrical systems, and obtained great enjoyment from jigsaw puzzles and Scrabble. He will be remembered by all as a hard worker, a dedicated worker, and a loyal worker (a largely vanished trait today), always stepping in when others slacked off in their work. This work ethic is evident in his sons Richard, David, Paul, and Mark, in his daughter Karen, and in his grandchildren Heather Dunaway and Thomas Dunaway. He was proud of his family and his family was proud of him and Judith for raising children in a close and supportive atmosphere. Carl was a member of St. Barnabas Catholic Church on Indianapolis’ south side for 52 years (along with his wife Judith).

Carl is survived by his wife, five children, two grandchildren, and many nieces and nephews. Carl was a man of principle who did not allow his family to lack for anything. We will miss you, Carl, but only for a brief time, until we see you again.

Family and friends will gather on Thursday, July 2, 2020 from 9:30 AM to 10:30 AM for the visitation in the O'Riley Funeral Home, 6107 South East Street, Indianapolis. Following the visitation a Mass of Christian Burial will be celebrated at 11:00 AM at St. Barnabas Catholic Church, 8300 Rahke Road, Indianapolis. In lieu of flowers, the Hirschle family is requesting memorial donations be made to St. Barnabas Catholic Church or St. Vincent de Paul Society; envelopes will be available at the funeral home. Masks are required at St. Barnabas and social distancing is expected. Please visit www.ORileyFuneralHome.com to share a favorite memory or leave an online condolence for the Hirschle family.

To order memorial trees or send flowers to the family in memory of Carl R. Hirschle, please visit our flower store.