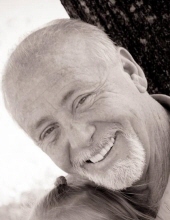 Carrell A. Parks, 60, of Indianapolis, passed away December 12, 2017 at his home. Born in Indianapolis on December 31, 1956, Carrell was the son of the late, Richard Parks and Betty (Simpson) Collins; his mother survives.

He worked as the general manager at K&R Drenth Trucking in Indianapolis for many years; previously, he worked as the manager at Republic Services for 38 years. Born to ride, Carrell was the proud owner of two Harley Davidson Motorcycles and a member of H.O.G. A loving husband, father, grandfather, son, brother, and friend, he enjoyed spending time with his children and grandchildren.

Along with his father, Carrell is also preceded in death by his brother, Richard Parks.
Other survivors include his loving wife, Suzanne M. (Shaffer) Parks; his two sons, Mark A. Parks and his wife Tiffany of Indianapolis, Michael D. Parks and his wife, Misty of Indianapolis; four grandchildren, Hailey, Ian, Riley, and Reagan; and his siblings, Marilyn Perry, Harvey, Gene, and Edna; many cherished nieces and nephews, and great nieces and nephews.

Family and friends will gather to celebrate the life of Carrell A. Parks from 4:00 p.m. until 8:00 p.m. on Friday, December 15, 2017 at the Daniel F. O’Riley Funeral Home, 6107 S. East Street, Indianapolis. The funeral service will begin at 11:00 a.m. on Saturday, December 16, 2017 at the funeral home. Burial will follow at Calvary Cemetery in Indianapolis. Visit www.OrileyFuneralHome.com where you may express online condolences with the Parks family.

To order memorial trees or send flowers to the family in memory of Carrell A. Parks, please visit our flower store.