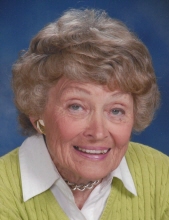 Charlotte M. “Kelly” Kowalik, 86, Indianapolis, formerly of Orange, CA and Brookfield, WI, passed away on June 14, 2016. She was born on January 6, 1930 in Covington, Kentucky to Charles B. and Anna C. Frey Pieper. Charlotte graduated from Villa Madonna Academy in Villa Hills, KY. She was a secretary at Parke-Davis & Deluxe Data before retiring in 1992. She was preceded in death by her parents; her husband, Thomas John Kowalik and grandson, Colin M. Kraus. She is survived by her sons, Jeff Kowalik (Cindy) of Cape Coral, FL and Kent Kowalik of Indianapolis; her daughter, Kerri Kraus of Greenwood, IN; grandsons, Kyle Kraus of Houston, TX and Kent Kraus of Greenwood, IN; sisters, Sr. Emmanuel Pieper of Villa Hills, KY and Carol Ryan of Omaha, NE and brother, Charles Pieper of Ft. Mitchell, KY. Visitation will be Monday, June 20, 2016 from 10 a.m. until 11 a.m. at St. Barnabas Catholic Church with a Mass of Christian Burial to follow at 11 a.m. Memorial contributions may be made to St. Walburg Monastery, 2500 Amsterdam Road, Villa Hills, KY 41017. Online condolences may be shared with the family at orileyfuneralhome.com.

To order memorial trees or send flowers to the family in memory of Charlotte M. 'Kelly' Kowalik, please visit our flower store.