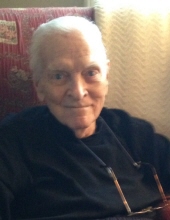 His brother, Richard DesJean and his sister, Florence “Dolly” Diette also preceded him in death.

After 45 years, Cy retired from N.A.P.A. BalKamp, Inc. as a catalog manager. He was a devoted member of St. Mark Catholic Church since 1953 and the Knights of Columbus #3660-Monsignor Downey Council.

Family and friends will gather to celebrate the life of Cyril W. DesJean from 5:00 p.m. until 8:00 p.m. on Thursday, June 7, 2018 at the Daniel F. O’Riley Funeral Home, 6107 S. East Street (U.S. Hwy. 31 S.), Indianapolis. Recitation of the Holy Rosary will begin at 7:30 p.m. on Thursday at the funeral home. Morning prayers will begin at 9:30 a.m. on Friday, June 8, 2018 at the funeral home, followed by 10:00 a.m. Mass of Christian Burial at St. Mark Catholic Church. Burial will follow at Calvary Cemetery. In lieu of flowers, please consider making memorial donations to St. Labre’ Indian School or St. Mark Catholic School. Visit www.OrileyFuneralHome.com where you may express online condolences to Cy’s family.

To order memorial trees or send flowers to the family in memory of Cyril W. "Cy" DesJean, please visit our flower store.