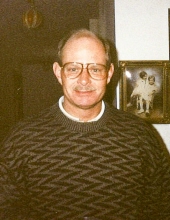 Dale Richard Barr, 73, of Indianapolis, passed away on May 10, 2021 surrounded by his family after a courageous battle with cancer. Dale was born on August 14, 1947 in Cape Girardeau, Missouri to the late Jacqueline (Brunke) Barr Suprenant and James Barr.

A hard worker, Dale had a very successful career in trucking for 40 years, retiring in 2019 from TransForce. Dale’s career began in 1979 in Indianapolis driving a truck for Caito Foods.

When not driving a truck, Dale loved to be active in numerous pastimes. He enjoyed playing golf and played minor league baseball when he lived in Fort Lauderdale, Florida. Dale also coached various girls’ softball teams in Indianapolis and Ft. Lauderdale. A marvelous poker player, it wasn’t uncommon for Dale to be holding a royal flush. When not playing poker or on the golf course, Dale could be found cheering on the St. Louis Cardinals or Buffalo Bills. Dale did not know a stranger and had an outgoing personality that led him to having a host of friends. He will be greatly missed by all of those that knew and loved him.

Along with his parents, Dale was preceded in death by his brother, Stephen T. Barr, brother-in-law Vince Baker, and a niece, Lindsay Jenkins.

Visitation will be held on Tuesday, May 18, 2021 from 5:00 to 7:00 P.M. in the O’Riley Funeral Home, 6107 South East Street, Indianapolis. Morning prayers will be said at the funeral home prior to the celebration of Mass of Wednesday, May 19, 2021 at 10:30 A.M. The Mass of Christian Burial will be celebrated by Father Daniel Mahan on Wednesday, May 19, 2021 at 11:00 A.M. in St. Barnabas Catholic Church, 8300 Rahke Road, Indianapolis. Dale will be laid to rest in St. Joseph Cemetery, Indianapolis next to his family. In lieu of flowers, memorial contributions may be made to the American Lung Association; envelopes will be provided at the funeral home. O’Riley Funeral home is handling arrangements for the Barr family. Please visit www.ORileyFuneralHome.com to leave an online condolence with Dale’s family.

To order memorial trees or send flowers to the family in memory of Dale Richard Barr, please visit our flower store.