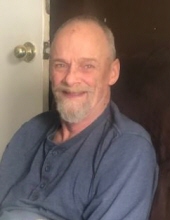 A true patriot, David proudly served his country in the United States Navy. After completing his service in the Navy, he worked as a machinist for many years, being last employed at Metal West. When he could no longer work as a machinist, David still enjoyed working as an auto detailer. He officially retired in 2011.

A football fanatic, cheering on the Denver Broncos was essential for David. When not cheering on his beloved Broncos or working, David was using his hands to build something. He enjoyed carpentry work and took pride in doing the remodeling of he and Susan’s home. David found joy in being outside surrounded by nature whether that was a trip to the park or taking a daily afternoon walk with his wife. A true gearhead, David loved vintage muscle cars, attending car shows, and watching the Indianapolis 500.

David will be remembered as a simple man who always wore a smile. His silly antics and fun-loving spirit were attributed to the fact that he simply did not know a stranger. His generous ability followed him even through the end of his life as David was able to give the gift of organ donation. David’s giving nature and ability to make everyone around him want to be better will be greatly missed by all of those who knew him.

Along with his parents, David was preceded in death by his sister, Mary Wheatley.

Per David’s final wishes, services will not be observed. Cremation will take place at the Morgan County Crematory. O’Riley Life Celebration Home, 6107 South East Street, Indianapolis, Indiana is overseeing the final care and arrangements for David. Please visit www.ORileyFuneralHome.com to leave an online condolence or to sign the guest registry.

To order memorial trees or send flowers to the family in memory of David Gerard Wheatley, please visit our flower store.