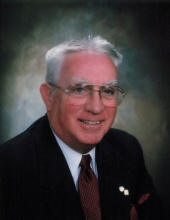 David was born July 30, 1940 in Indianapolis to Herman A. and Abigail A. (Bevan) Zeyen. He attended Cathedral Grade School and St. Lawrence grade school and graduated from Scecina Memorial High School (1958). He attended Marian College.

David loved his family above all but God.

He was married for 61 years to the most amazing woman he ever met, Lana Crossland (Howe H.S 1959 and Butler University).

David loved camping, traveling, and boating with family. He loved helping anyone who needed help. He played Santa Claus for several years for St. Mary’s Child Center and F. C. Tucker NE office. He served on the Warren Township Development Association Board of Directors. He volunteered with Lana at The Ronald McDonald House at Riley Children’s Hospital. He volunteered at the Hancock County Food Pantry. He was a member of Metropolitan Indianapolis Board of REALTORS and was President of MIBOR’S Service Corporation. He taught real estate ethics for MIBOR monthly for over 20 years. He served on MIBOR committees such as forms and professional standards. He was the past Grand Knight of Knights of Columbus, a member of K of C since 1959, and was Fourth Degree Knights of Columbus. He coached little league baseball. He was past President of Optimist Club of Indianapolis-Eastside. He was a member of Holy Spirit Catholic Church (east 10th Street) for over 40 years where he served on the parish council, co-chair of the parish festival, as an usher for many years, and as communion minister for members, for nursing homes, to shut ins with Lana. He was a current member of Saint Mark The Evangelist Catholic Church. David is survived by the best wife and his best friend ever, Lana L. (Crossland); three amazing children – Denise (Todd) Shuck, Dennis Zeyen, and Kevin Zeyen, six wonderful granddaughters, one wonderful grandson, one grandson-in-law, and two great granddaughters. He was preceded in death by his daughter-in-law, Diane (Kevin) Zeyen.

David’s visitation will be Thursday, November 17, 2022, from 10 to 11 AM at St. Mark the Evangelist Catholic Church, 535 East Edgewood Ave., Indianapolis. A Mass of Christian Burial will follow at 11 AM. Entombment will be in Calvary Cemetery.

In lieu of flowers donations in David’s memory can be made to Special Olympics Shelby County in care of Abigail Shuck, 711 Commerce Dr. Franklin, IN 46131.

To order memorial trees or send flowers to the family in memory of David M. Zeyen, please visit our flower store.