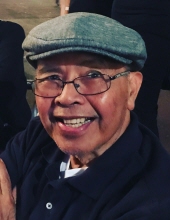 Eliseo Tamola Banguis M.D. -- loving husband, father of four, grandfather of eight, great grandfather of two and friend of many -- passed away on November 17, 2022, at the age of 85. He was surrounded by his wife and children in the comforts of home.

Dr. Banguis -- known as Dr. Ely to all -- was born to Anatolio and Mercedes Banguis in Plaridel, Misamis Occidental, Philippines. After earning his M.D. from University of Santo Tomas in Manila, Philippines, he completed his internship in Perth Amboy, New Jersey and did his surgical residency in Cleveland, Ohio. He practiced general surgery in Lewisburg, West Virginia, before practicing for more than 30 years at W.S. Major Hospital in Shelbyville, Indiana, where he served as Chief of Surgery and was the first at Major Hospital to execute laparoscopic procedures.

While in Perth Amboy, he met fellow medical trainee and the love of his life, Lucia Pasilabban Banguis. They spent 57 years working together -- he in surgery, she in family practice -- and building their family. They married in 1964 and welcomed their children Christopher, Noreen and Eileen. Later they welcomed a fourth child Jennifer.

Through the years Eliseo was a devoted husband and father. Over the years, he enjoyed golfing, traveling, playing piano, singing, playing tennis, and watching and supporting his wife and children in all their hobbies and pursuit. He endeavored to attend nearly every baseball or basketball game; swim or gymnastics meet; piano, flute, trumpet, saxophone, violin recital. And he recorded most of those events with still and video cameras so he and his family could relive and enjoy all the memories. He was a  season ticket holder and die hard Colts fan

He continued to be a "superfan" as the next generation -- Eliseo and Lucia's eight grandchildren -- gave him more moments to experience and capture on "film."

Near the end of his professional career and during retirement, he continued to share his gifts through medical mission work in The Philippines, often with his lifelong friends from his medical-training days in Perth Amboy. "The Amboyans" also visited each other and vacationed together throughout the years, visiting all corners of the globe -- from the searing heat of hiking the Galapagos Islands to the frigid cold of dog-sledding in Canada to see the Aurora Borealis.

Eliseo is preceded in death by his parents Anatolio and Mercedes and brother Norvel. He is survived by his wife, Lucia, their children Chris, his wife Catherine; daughter Noreen and husband Andrew Cagle; daughter Eileen and husband John Thomason; and daughter Jennifer and husband Charlie Randall. His 8 grandchildren -- Jordan, Andrew, and Christopher (Noreen and Andrew), Hannah and Lucy (Eileen and John), Audrey and Abby (Jennifer and Charlie), and Jackson (Catherine and Chris). His two great grandchildren -- Alex and Tyler (Jordan and husband Jeffrey Florek). He is also survived by his siblings, Nelson (Sydney Australia), Greenly (San Diego) and Marina (San Diego).

Please visit www.OrileyBranson.com to share a favorite memory of Eliseo or to sign the online guest registry.

To order memorial trees or send flowers to the family in memory of Eliseo Tamola Banguis, M.D., please visit our flower store.