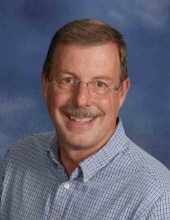 Mr. Emery C. Eakle, 58, of Indianapolis, passed away peacefully on November 25, 2021. He was born on December 24, 1962 in Indianapolis, Indiana to the late Edward and Mildred Louise (Strode) Eakle. He was a graduate of Southport High School where he was a very successful gymnast. This led Emery to go on to attend Indiana University where he walked on the gymnastics team. After a year at IU, Emery returned to Indianapolis to attend IUPUI. It was here that he graduated with his undergraduate degree in 1986. During his tenure there, Emery met Cynthia Kiefer in a Zoology course. The pair ran into each other multiple times on campus and during student and substitute teaching, which led to Emery eventually asking Cindy on a date. The two were wed in St. Mark Catholic Church on January 23, 1988.

Emery was a project manager for Eli Lilly in Indianapolis. He retired in 2017 after 25 years of service to the company. During his employment there, Emery earned his Master of Science in Software Engineering in 1995. Driven in every aspect, he was a lifelong learner and mentor to many.

Always active, Emery enjoyed keeping his yard and home meticulously. He was always looking for ways to update his home, most recently with bathroom renovations. He was eager to help his children with projects in their own homes as well. When not brainstorming his next task, Emery could be found participating in the Mini Marathon or riding his bike with Ride Across Indiana. Emery relished in being active in Scouting with Troop 499, where he was currently serving as the Scout Master. His many trips camping and canoeing with scouts over the years were treasured by Emery.

As his children grew, Emery assisted them through preparation of the various sacraments in the Catholic Church. He also was an active volunteer for the Dad’s Club at Perry Meridian High School raising funds for student scholarships; Emery served as president of this club for several years. He was an avid reader and white-water rafter. Passionate about acts of service, he and his wife, Cindy volunteered with marriage preparation at St. Mark Catholic Church. Operating his HAM radio, brewing his own beer, teaching motorcycle lessons through ABATE, and spending time with his family were cherished hobbies of Emery’s. He was always thinking towards the future in an adventurous aspect, particularly when it came to trips or projects. His dedication to his family, lifelong learning, and serving others are all traits that will leave a legacy in those Emery leaves behind.

Survivors include his wife of 33 years, Cynthia “Cindy” Eakle; his children, Bryan (Hilary) Eakle, Megan (Jeff) Corso, Steven (Catherine) Eakle, and Daniel (Marina) Eakle; his grandchildren, Josephine, Lucas, and Cecilia Eakle; and his sister, Sandy (Charles “Chuck”) Stocking. He is preceded in death by both of his parents and his brother, Dennis Eakle.

In lieu of flowers, the family is requesting memorial donations be made to Boy Scout Troop 499; envelopes will be provided at the funeral home on Sunday evening. O’Riley Funeral Home is serving the Eakle family. Please visit www.ORileyFuneralHome.com to share a favorite memory of Emery with his family on the online guest registry.

To order memorial trees or send flowers to the family in memory of Emery C. Eakle, please visit our flower store.