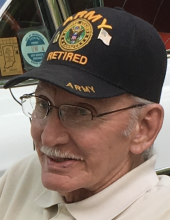 George A. Baugh, II, 78, of Indianapolis, passed away at St. Francis Hospital on Wednesday, May 27, 2020. George was born on July 9, 1941 in Indianapolis to the late George A. and Mary Catherine (Carrico) Baugh.

George graduated from Scecina Memorial High School in Indianapolis in 1960. Upon his graduation, George proudly served his country in the United States Army National Guard and retired with the title of Sergeant Major after 30 years of service. He was also employed by Allison Transmission in Indianapolis where he retired from, after working there for more than 30 years. He was a member of the American Legion for 47 years, a member of the UAW and the Murat Shriners. A man of faith, George was a member of St. Jude Catholic Church.

Along with his parents, George was preceded in death by his wife of 26 years, Mary Jo (Billhimer) Baugh.

A Mass of Christian Burial will be held at St. Jude Catholic Church on Tuesday, June 9, 2020 at 10:00 AM with burial following in Oaklawn Cemetery. The graveside service will begin at 11:45 AM. Funeral arrangements are entrusted to the O’Riley Funeral Home, 6107 South East Street, Indianapolis. Please visit www.ORileyFuneralHome.com to sign the online guest registry.

To order memorial trees or send flowers to the family in memory of George A Baugh, II, please visit our flower store.