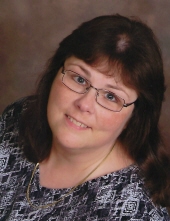 Holly was a lifelong learner and always an honor student. She studied to be a veterinarian technician, medical technician, and medical coder. She worked as a supervisor for the American Red Cross in Buffalo, New York before moving to Indianapolis, where she was employed with Roche Diagnostics for seven years. Holly was president of the Nora Toastmasters International, president of KEYS, and was also quite active with NAMI. Holly mentored, served as a role model, and helped many people who struggle with mental illness. She loved cats and dogs and was always looking for her next hobby in which she would fully immerse herself. Holly’s memory will be cherished for her strong independence, her empathetic nature, and caring ways. If you became a friend of Holly's, you had a friend for life.

Holly’s Life Celebration® Visitation will be Tuesday, November 2, 2021, 5 to 8 p.m., at the O’Riley Funeral Home, 6107 S. East St., Indianapolis. The Mass of Christian Burial will begin at 10 a.m., Wednesday, November 3, 2021, in St. Jude Catholic Church, 5353 McFarland Road, Indianapolis. Burial will be in Gravel Lawn Cemetery, Fortville. Visit www.ORileyFuneralHome.com to share a favorite memory or to sign the online guest registry.

To order memorial trees or send flowers to the family in memory of Holly Anne Eustice, please visit our flower store.