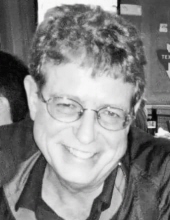 Jay Thomas Anderson, was born September 4, 1956 in Indianapolis to Billie Lucille (McClure) and Rodney Cubberley Anderson who in addition to his older brother, Rodney William Anderson, all preceded him in death. Jay leaves behind three children - Hali, Nolan, Emma Anderson, and a sister Connie (Slater) as well as a niece and two nephews. His wonderful humor, love of his family, children, youth, swimming, baseball, beaches, and travel will be greatly missed.

Jay grew up with his family a few doors down from the Butler University campus and attended IPS #86 during his elementary years. He joined the Riviera Swim Team when he was 8 years old spending all of his free time and summers growing up at the club. He swam for Brebeuf High School and later as a scholarship athlete for Denison University. After graduating from Indiana University, he started his swim coaching career at the Riviera Swim Club as an Assistant then Head Coach for many years. Jay taught and coached swimming throughout his adult life, finishing his career as the Lebanon Swim Club and High School Swimming coach.

A memorial service will be held on Saturday, April 14th, at 2pm, at The Northwood Christian Church located at 4550 Central Ave, Indianapolis, IN 46205. A reception will follow immediately afterwards. There will not be a burial service, and we ask please that instead of flowers, donations can be made to the Riviera Swim Team Fund (501c3), located at 5640 North Illinois 46208 in care of Therese Love.

We will also be hosting a Memorial Gathering on June 30, 2018 from 2-4pm at the Riviera Swim Club Ballroom located at 5640 North Illinois. We ask current and past swimmers and colleagues to search for pictures, stories or testimonials for the gathering in June. We will provide information on where to send at a later date.

To order memorial trees or send flowers to the family in memory of Jay Thomas Anderson, please visit our flower store.