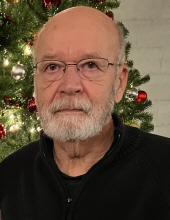 Jerry Thomas Cooper, 74, resident of Beech Grove, Indiana passed away suddenly at his residence on Sunday, December 12, 2021. Jerry was born on July 5, 1947 in Indianapolis, Indiana to the late Alfred Thomas Cooper and Katherine Lucille (Spurling) Cooper. Jerry graduated from George Washington High School in the class of 1965. He went on to attend Indiana Central College and graduated from the FBI Academy.

Jerry’s memberships and involvement with the community were as vast as his career with the Sheriff’s Department. He was a Member of the Fraternal Order of Police, Lodge 86 where he was a past Executive Board Member. A two-time kidney transplant recipient, Jerry was a Past President of The National Kidney Foundation of Indiana. He served on the Executive Board for O.A.R (Offender Aid and Restoration) and was a past President of the Keenan/Stahl Boys and Girls Club. He was a 4th degree Knight in The Knights of Columbus, Bishop Chatard Assembly. Jerry also was a member of The Diamond Club for The University of Cincinnati’s baseball program, as well as The Greyhound Club for The University of Indianapolis. He was an active member of all three Beech Grove posts for The Fraternal Order of Eagles, The American Legion, and The Fraternal Order of the Moose Lodge. Jerry was a devoted member of St. Roch Catholic Church. He was also a past volunteer at The Indianapolis Zoo, specifically the Orangutan Exhibit.

To order memorial trees or send flowers to the family in memory of Jerry Thomas Cooper, please visit our flower store.