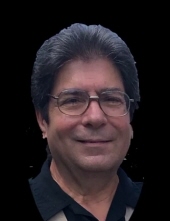 John grew up with Rock and Roll music and it stayed with him to the very end. You would find him listening to the Beatles and old time Rock and Roll. John played the guitar and was a song writer. Playing and writing gave him joy in his life.
John had worked in the family business John A. Neu Furniture. John’s love for the lake began as a child at his Grandma and Grandpa Neu’s lake house, lake Manitou, where he spent hours boating with his dad. He spent the summers with his siblings and cousins swimming, fishing, and enjoying fresh blue gill, homemade pies, and family time. Later he spent every weekend at the family lake house in Martinsville. He cherished every minute he could cruising around the lake in the speed boat, taking his friends and family tubing, skiing, and wake boarding. He took great pride in the family boat and was excited for lake time every time summer rolled around.

John is proceeded in death by his parents John and Alice Germaine Neu.

To order memorial trees or send flowers to the family in memory of John Albert Neu II, please visit our flower store.