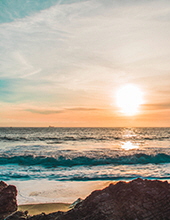 He proudly served in the United States Air Force during the Korean War. Mr. Kerrigan worked as a self-employed roofer for many years. A devout Catholic, he was also a member of the Knights of Columbus. He enjoyed sailing and was always happy on the water. Above all, he was a loving husband and devoted father.

In addition to his parents, he was preceded in death by his wife, Jane (Gorman) Kerrigan.

To order memorial trees or send flowers to the family in memory of John Charles Kerrigan , please visit our flower store.