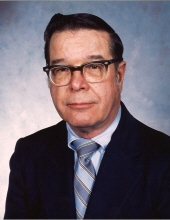 John was a graduate of Cathedral High School and attended Indiana University. He was a proud US Navy Veteran and was a member of the Greenwood American Legion. John was a longtime member of Our Lady of Greenwood Catholic Church and was a member of the Knights of Columbus. He was an avid fan of the Indianapolis Colts and has had season tickets since they moved to Indianapolis. John will always be remembered as a loving father and grandfather.

Visitation will be held Friday April 16th from 10:00AM-12:30PM at O'Riley Funeral Home, 6107 South East Street, Indianapolis, IN. 46227 with prayers beginning at 12:30 PM. A Mass of Christian Burial will be held at Our Lady of Greenwood Catholic at 1:00 PM on Friday. Entombment will follow the Mass at Calvary Cemetery in Indianapolis. O’Riley Funeral Home is serving the family. Visit www.ORileyFuneralHome.com to share a favorite memory or sign the online guest registry.

To order memorial trees or send flowers to the family in memory of John L. McAndrews, Jr., please visit our flower store.