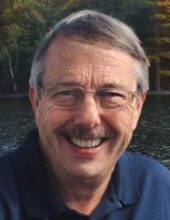 John (Jack) William Richmond, 68, passed away October 8, 2021 while vacationing in New Hampshire. Jack was born on August 17, 1953 in Winchester, MA. to the late William and Patricia (Lane) Richmond.

Jack relocated to Indianapolis with his family shortly after graduating from High School. In Indianapolis, he pursued a career as an electrician. He was accepted into and completed the IBEW Local 481 apprenticeship program and ultimately retired in May of 2009.

Although Jack lived more years in Indianapolis than he lived in Massachusetts, he always considered the New England area his “home” and enjoyed annual trips to the East coast.

First and foremost, Jack loved his family and friends. He shared his many electrical and handyman talents willingly with those who needed his help. He honored his Scottish heritage by playing the drums in two local pipe bands. He was a generous soul and had a far-reaching impact on countless individuals. He will be missed by many.

Jack is preceded in death by his parents, grandparents, Alexander and Georgie Richmond, grandparents, Walter and Frances Lane, and a brother James Richmond.

A memorial visitation will be held Tuesday October 26, 2021 from 3 to 8pm at O'Riley Funeral Home, 6107 S. East St. Indianapolis, IN. 46227. Burial will take place at a later date in Reading, MA. To place an on-line memory of Jack please visit www.OrileyFuneralHome.com

To order memorial trees or send flowers to the family in memory of John W. “Jack” Richmond, please visit our flower store.