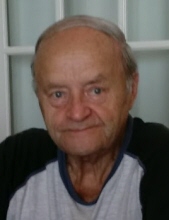 Joseph Mankus, 87, of Indianapolis, passed away at his home on Tuesday, June 12, 2018. Born in Lithuania on January 19, 1931 Joseph was the son of the late Alexander and Francesca Mankauskus; his parents preceded him in death when he was just a boy. At the age of 16, Joseph migrated to the United States with his older brother, Al. On November 19, 1955 he was united in marriage to his loving wife, Elsa (Hannemann) Mankus and she survives.

Joseph proudly served his country in the United States Army during the Korean War. He worked as a stone setter at Herff Jones in Indianapolis for many years, retiring in 1993. He was a lifetime member of the German American Klub and served as past president of the Indianapolis Soccer Club. Joseph was also a member of the VFW and American Legion.

Along with his parents, Joseph is preceded in death by his son, John D. Mankus; his brother, Al Mankus, and his two sisters, Sofia Tekorius and Dane Mankauskus.

Family and friends will gather to celebrate the life of Joseph Mankus from 4:00 p.m. until 7:00 p.m. on Friday, June 15, 2018 at St. Barnabas Catholic Church. Mass of Christian Burial will be celebrated at 10:00 a.m. on Saturday, June 16 at the church. Burial will follow at Memorial Park Cemetery. In lieu of flowers, please consider making a donation to the American Cancer Society, or the ALS Association, Indiana Chapter; envelopes will be provided. Care and arrangements are entrusted to the Daniel F. O’Riley Funeral Home, 6107 S. East Street, Indianapolis. Visit www.OrileyFuneralHome.com where you may express online condolences to the Mankus family.

To order memorial trees or send flowers to the family in memory of Joseph Mankus, please visit our flower store.