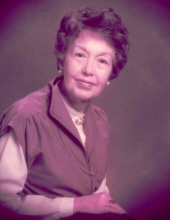 Beloved mother passed away on November 5, 2017 at the age of 92. Born on April 25, 1925, Joyce was the daughter of Dove and Lloyd Schenck of Jeffersonville, Indiana. Because of depression era economics, while her mother and father moved to Indianapolis with their other children, Dolan, Marie, and Joyce remained in Jeffersonville and were raised by her Aunt State and Uncle Frank Dolan. She enjoyed her years with them and often referred to it when reminiscing about the past. While living there she and her aunt and uncle were rescued from the great 1937 Ohio River flood.

Eventually she reunited with her parents in Indianapolis and graduated from Arsenal Tech High School in 1944. She then went to work at Wm. H Block doing portraits. Eventually she went to work for Poster Display, a silk-screen advertising company where she met her future husband, Stanley George Young. They were married in 1949. A year later their first born son was born, Michael. After that Joyce became a full time housewife, something she always cherished. In 1955 her second son was born, Gary, and the family moved to a new house in Beech Grove.

Though raising a family, Joyce did volunteer work for Easter Seals and also the Red Cross. When her sons had grown, by the mid-seventies, Joyce and Stan enjoyed traveling to Bermuda, Hawaii, San Francisco, and Phoenix. Joyce became a grandmother in 1980 and again in 1983. She always took great interest in her children’s and grandchildren’s lives. Joyce was widowed in 2010 when Stan died. She overcame several serious illnesses, surprising physicians with her determined will to live. Her last nearly two years were spent at Country Charm senior living where she enjoyed the company of her fellow seniors.

A memorial service will be held at Southport United Methodist Church on Saturday, November 25 at 11:00am. Final care and cremation arrangements are entrusted to the Daniel F. O’Riley Funeral Home, 6107 S. East Street, Indianapolis. Visit www.OrileyFuneralHome.com where you may express online condolences with the family.

To order memorial trees or send flowers to the family in memory of Joyce M. Dunn, please visit our flower store.