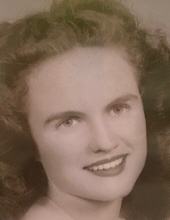 Katherine Burke, nee Sherlock, 93. Formerly of Farmington Hills, Michigan, She died Tuesday May 3, 2022 in Murfreesboro, Tennessee. She was born September 19, 1928 in San Antonio, Texas to John and Ann Gorman Sherlock. She met the love of her life, Don, at the Irish American Club in Detroit. She raised her family in Farmington Hills. Though devoted to her family, she had many interests which included travel, dance, golf and gardening. She was an exceptional businesswoman who owned and operated multiple enterprises.

Her life was a blessing, her memory treasured. She was loved beyond words and will be missed forever.

Memories and condolences for Katherine may be made at www.orileybranson.com

To order memorial trees or send flowers to the family in memory of Katherine Burke, please visit our flower store.