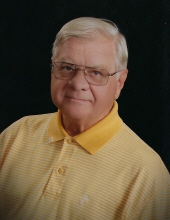 Larry A. Richart, 81, Indianapolis, passed away unexpectedly April 26, 2018. Larry was born November 21, 1936, in Seymour, to the late Aloysius Lawrence and Clara (Schneider) Richart.

He graduated from Cathedral High School in 1955 and proudly graduated from the University of Notre Dame in 1959. After working for Contract Hardware & Specialties for several years, he and a business partner were able to purchase the business. He was an Architectural Hardware Consultant and retired after 50 years of employment. Larry was a member of St. Mark Catholic Church, Msgr. Downey Knights of Columbus Council 3660, and the Southside Sertoma. He was a fan of many sports, but nothing compared to his love for Notre Dame football. Additionally, he enjoyed fishing and was an accomplished carpenter.

In addition to his parents, he was preceded in death by his beloved wife, Rose Mary (Davis) Richart; four infant children, a brother, Phillip L. Richart.

Friends and family will gather to celebrate the life of Larry Richart from 4 to 8 p.m., Wednesday, May 2, 2018, in the Daniel F. O’Riley Funeral Home, where morning prayers will be said at 9:30 a.m., Thursday, May 3, 2018. The Mass of Christian Burial will be celebrated at 10 a.m., Thursday, in St. Mark Catholic Church. Burial will follow at Calvary Cemetery. Memorial contributions may be made to CYO or to St. Vincent de Paul. Visit www.ORileyFuneralHome.com to share a favorite memory or to sign the online guest registry.

To order memorial trees or send flowers to the family in memory of Larry A. Richart, please visit our flower store.