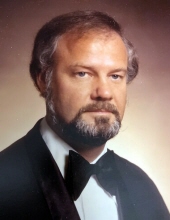 Leon E. Flory, 79, of New Palestine, Indiana passed away March 24, 2022. He was born in September 8, 1942 in Linton, Indiana to the late Lester and Zelma (Hamilton) Flory.
Leon graduated rom Bloomfield High School in 1960. He was a Vietnam Navy veteran serving in the Pacific. Leon retired from Ford Motor Co. after 25 years. He was a World traveler, enjoying the Pacific Ocean Area the most. Leon was a consummated bachelor and was known as the “King of Toys”, whether it was a Plane (he was a pilot), Snowmobile, 2 Harleys, Fishing and Ski Boat, you might say “He had them All.” He loved to be around all his family and enjoyed playing cards, especially Euchre.
Leo is survived by his nieces Lynn (Todd) Cory-Heck, Cindie (Jay) Kinlaw, and Susie Sherfield; nephews; Larry Cory, Gene Cory, and Tony (Dana) Cory; and several great nieces and nephews. Along with his parents he was preceded in death by his brother Robert Flory; sisters Delores Sherfield, Barbara Cory; and niece-in-law. Barbara Cory.
A graveside Memorial Service will be held June 25, 2022 at 11:30 AM at Grandview Cemetery, Bloomfiled, Indiana. Followed by a Celebration of Leon's Life at 5:30 PM at the Lion's club, 5242 West US 52, New Palastine, Indiana 46143.
Please a memory of Leon at www.orileybranson.com
Services have been entrusted to O’Riley Branson Funeral Service and Crematory

To order memorial trees or send flowers to the family in memory of Leon Eugene Flory, please visit our flower store.