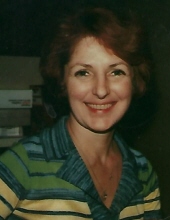 She graduated from St. Agnes Academy and attended Butler University. Linda worked for the former Rum Barrel, which became Shaffer’s in Glendale, for more than 20 years. She later managed the Rathskeller for several years, prior to retiring in 2006. An avid reader, Linda was proud to support the Salvation Army and Riley Children’s Hospital through the years. She was also involved in the Murat Shrine through her late husband’s membership. A kind and sweet lady, Linda will be fondly remembered by her family for her great sense of humor.

In addition to her parents, she was preceded in death by her husband, Robby Klein.

Calling hours will not be observed, and the family will hold a private celebrate of Linda’s life at a later date. Memorial contributions may be made to a favorite charity. Cremation arrangements are being handled by the Daniel F. O’Riley Funeral Home. www.ORileyFuneralHome.com

To order memorial trees or send flowers to the family in memory of Linda Mary Klein, please visit our flower store.