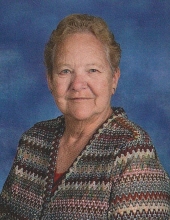 Margaret M. “Sis” Woolsey, 87, of Greenwood, passed away Thursday, October 4, 2018. She was born December 13, 1930 in Sault Ste Marie, Michigan to the late Paul LaFord and Margaret (Wice) LaFord Wykes. On June 26, 1950 at SS Peter and Paul Cathedral in Indianapolis, Sis was united in marriage to Robert E. Woolsey, Sr.; he preceded her in death.

She was a member of St. Barnabas Catholic Church. Sis was proud of her work as a Sous Chef at Kewadin Casino in Brimley, Michigan.

Family and friends will gather to celebrate the life of Margaret Woolsey from 4:00 p.m. until 8:00 p.m. on Tuesday, October 9, 2018 in the Daniel F. O’Riley Funeral Home, 6107 S. East Street, Indianapolis. Recitation of the Rosary will begin 7:30 p.m. on Tuesday at the funeral home. Morning prayers will begin at 10:00 a.m. on Wednesday, October 10, 2018 at the Daniel F. O’Riley Funeral Home followed by 10:30 a.m. Mass of Christian Burial at St. Barnabas Catholic Church. In lieu of flowers, please consider making a donation to St. Barnabas Catholic Church or Juvenile Diabetes Research Foundation; envelopes will be provided at the funeral home. Visit www.OrileyFuneralHome.com where you may sign the online guest registry and leave a personal message for the family.

To order memorial trees or send flowers to the family in memory of Margaret M. "Sis" Woolsey, please visit our flower store.