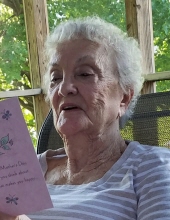 Margaret “Peg” (Everett) Clark, 87, of Indianapolis, passed away peacefully on February 27, 2020. Peg was born on February 11, 1933 in Indianapolis to the late Lee Everett and Martha (Mendenhall) Everett Workman.

Peg graduated from St. Mary Academy in the fabulous class of 1951. Following her graduation, she attended the John Herron Art School at IUPUI. Peg was a real estate broker for 20 years.

Peg was preceded in death by her husband of 59 years, Norman Robert Clark, a grandson, Danny Dennis and a son-in-law, Delbert Dennis.

Visitation will be Monday, Monday, March 2, 2020 from 4:00-7:00 P.M. in the O’Riley Funeral Home, 6107 South East Street, Indianapolis. The Rosary will be recited on Monday at 6:30 P.M. in the funeral home. The Mass of Christian Burial will be celebrated on Tuesday, March 3, 2020 at 11:00 A.M. in St. Barnabas Catholic Church, 8300 Rahke Road, Indianapolis. Following the mass, Peg will be laid to rest in Calvary Cemetery. In lieu of flowers, memorial donations may be made to the Huntington’s Disease Center of Excellence, Indianapolis; envelopes will be provided at the funeral home. Please visit www.ORileyFuneralHome.com to leave an online condolence for the Clark family.

To order memorial trees or send flowers to the family in memory of Margaret "Peg" (Everett) Clark, please visit our flower store.