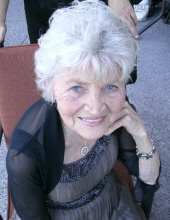 Mariana J. Bilbrey, 92, of Indianapolis, passed away December 23, 2018 at her home surrounded by her loving family. Born May 18, 1926 in Fairfield, Kentucky, Mariana was the daughter of the late Tracy M. and Mary Ella (Brookshire) Hall. On April 21, 1946, she was united in marriage to Joseph W. Bilbrey and he preceded her in death on November 24, 1991.

Mariana is also preceded in death by her son-in-law Ronald Cross; her brother, Thomas Hall; and two sisters, Marjorie Miller and Bonita Springs.

Family and friends will gather to celebrate the life of Mariana Bilbrey from Noon until 2:00 p.m. on Sunday, December 30, 2018 in the Daniel F. O’Riley Funeral Home, 6107 S. East Street (U.S. Hwy. 31 S.), Indianapolis. The funeral service will begin at 2:00 p.m. on Sunday at the funeral home. Mariana will be laid to rest on Monday, December 31, 2018 at Noon C.S.T. (1:00 p.m. EST), at Chapel Hill Memorial Gardens in Bowling Green, Kentucky. Visit www.OrileyFuneralHome.com where you may express online condolences to Mariana’s family.

To order memorial trees or send flowers to the family in memory of Mariana J. Bilbrey, please visit our flower store.