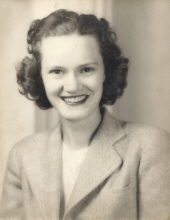 On this day, February 15, 2019, our Lord took Marjorie’s hand and welcomed her into his kindom. Marjorie Ferne (Stroud) O’Brien-DesRoches was born March 31, 1920 to Charles Riley Stroud and Hildagarde (Roth) Stroud. She was the eldest of 16 siblings, Janet, Bernice, Rosemary, Doug, Jim, Nadine, Kate, Phyliss, Ruthann, Jack, Suzan, Jerry, Nancy, Charlene and a still born baby. On the night she was born, the doctor arrived by horse and buggy to the farm house in Kempton, IL about 17 miles from Clifton, IL. He stayed the night due to the snowy weather. Her birth place was recorded as Clifton, IL. Shortly after her birth Charles moved his family to Indianapolis working for the streetcar company of Indianapolis.

Growing up, she attended St Philip Neri grade school and then St. Mary Academy of Indianapolis in the 30s. Her first professional job at 19 years of age was for the Indianapolis Railroad. She then went to work as a secretary in engineering of Radio Corporation of America, RCA, located in Indianapolis on LaSalle Street. She was united in marriage Harry O’Brien on November 20, 1941, at Saint Philip Neri Catholic Church of Indianapolis. Once the war broke out in December 7, 1941, Harry joined the Army and Marge remained in Indianapolis continuing to work for RCA. The RCA engineering group moved to Cherry Hill, NJ in 1942; Marge followed the group, doing her part in supporting the war effort, as this was the group that designed all the communications, including radar during WWII, supporting all branches of military service.

In November of 1953 she gave birth to her only child, Robert L. O’Brien, in Peru, IN. She and her husband moved to Columbia City, IN where they resided from 1954-1964; while residing in Columbia City, they attending St. Paul of the Cross Catholic Church. A new work opportunity presented itself for her husband and the family moved back to Indianapolis, she and her family would become members of St. Gabriel the Archangel Catholic Church. In 1966 she went back to work at RCA on Rockville Road where video discs were being designed and manufactured. She later transitioned to the RCA HQ on Sherman Drive working as the secretary in the Design Center group. In 1975 she became a widow having been married for 34 years. She continued working for RCA before retiring in 1983, with 27 years of service, at age 63.

She went on to marry Emile DesRoches on July 16, 1983 at St. Michael the Archangel, combining households, they would begin a new journey on the south side of Indianapolis and attend St Mark Catholic Church. Her bonus children, as she would refer to them by marriage, included Susanne, Dianne, Joe, Carol, and Rosie (deceased). She and Emile were married for 19 years until he passed in 2002.

At the urging of her son Robert, she moved to his home in northern Indianapolis in 2010, and became a member of St Monica Church. She got to enjoy so much during her retirement, which she felt forever blessed, travel, gardening, playing cards, Colt’s football, women’s clubs but most of all family and friends. She is survived by three remaining sisters, Suzan, Nancy, and Charlene, her five children, 19 grandchildren, 38 great grandchildren and five great greatgrandchildren. She was cared for in her last moments of life in homecare hospice, by her longtime friend, Sharon Shinneman-Gleave.

Visitation for family and friends will be from 3:00 PM until 7:00 PM on Monday, February 18, 2019 in the Daniel F. O’Riley Funeral Home, 6107 South East Street, Indianapolis, with recitation of the Rosary beginning at 7:00 PM on Monday at the funeral home. Morning prayers will begin at the funeral home on Tuesday, February 19, 2019 at 9:00 AM, from there, the funeral procession will arrive at St. John the Evangelist Catholic Church, 126 West Georgia Street, Indianapolis with Fr. Rick Nagel presiding over the Mass of Christian Burial beginning at 10:00 AM. Marjorie will then be laid to rest at Holy Cross Cemetery. In lieu of flowers, please consider making a donation to the American Cancer Society; envelopes will be provided at the funeral home. Visit www.OrileyFuneralHome.com where you may express online condolences with Marjorie’s family.

To order memorial trees or send flowers to the family in memory of Marjorie F. O'Brien-DesRoches, please visit our flower store.