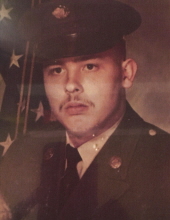 Mr. Mark Means, 68 of Indianapolis, passed away March 12, 2021.
He was born in Indianapolis to the late Harold and Florence Means.
Mark was a graduate of Tech High School in Indianapolis. He was a retired
HVAC technician and served his country in the Army during the Vietnam War.

A memorial service will be held at a later date. O’Riley Funeral Home is serving
the family. Visit www.O’RileyFuneralHome.com to share a favorite memory or
to sign the online registry.

To order memorial trees or send flowers to the family in memory of Mark M. Means, please visit our flower store.