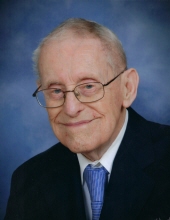 He proudly served in World War II and continued his service in the Air Force Reserves until 1963, when he retired as a Major. Mr. Rudolph graduated from the University of Buffalo and earned his Masters degree from Canisius College. His civilian career was spent as a manufacturing engineer. He was employed at Stewart Warner and retired in 1988. He was a longtime member of St. Barnabas Catholic Church and served there as a Eucharistic Minister. He was also a member of the Society of Manufacturing Engineers, Retired Officers’ Association, St. Vincent de Paul Society, Greenwood Kiwanis Club, and volunteered at the Children’s Museum of Indianapolis. He also volunteered with the Johnson County Literacy Coalition and was on the Greenwood Senior Citizens Center Board of Directors. Mr. Rudolph will be fondly remembered for his service to our country and community.

He was preceded in death by his wife, Margaret “Jane” (Moore) Rudolph and brothers, Patrick and Frank.

Visitation will not be observed. The Mass of Christian Burial will be celebrated Tuesday, December 1, 2020, 11 a.m., in the chapel at Calvary Cemetery. Burial will at Calvary Cemetery. Memorial contributions may be made to the St. Vincent de Paul Society. Those wishing to livestream the Mass may do so on the O’Riley Facebook page, https://www.facebook.com/orileyfuneralhome/. Those attending will be required to wear masks and practice social distancing. O’Riley Funeral Home is serving the family. Visit www.ORileyFuneralHome.com to share a favorite memory or to sign the online guest registry.

To order memorial trees or send flowers to the family in memory of Maurice Rudolph, please visit our flower store.