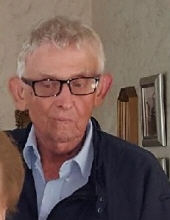 He worked in the produce business for years having been a partner in the Bova Fruit Company, Independent Potato Company and Independent Banana Company. He was a member of Holy Rosary Catholic Church and the Knights of Columbus Council 3660. Mike Jr. was an avid horse racing enthusiast. Above all, he was strongly devoted to his family – a devoted husband, father, brother, grandfather, uncle, and friend who will be fondly remembered.

In addition to his parents, he was preceded in death by brothers, Frank and Paul Bova; sisters, Lena Zahm, Patrina Ray, Annie Squillace, and Rose Polk.

The visitation will be on Thursday, August 3, 2017, 3 to 8 p.m., in the Daniel F. O’Riley Funeral Home, 6107 S. East St., where morning prayers will be said on Friday, August 4, 2017, at 9:15 a.m. Mass of Christian Burial will be celebrated at 10 a.m., Friday, in Holy Rosary Catholic Church, with burial following in St. Joseph Cemetery. Memorial contributions may be made to Holy Rosary Catholic Church. Visit www.ORileyFuneralHome.com to share a favorite memory or to sign the online guest registry.

To order memorial trees or send flowers to the family in memory of Michael T. Bova, Jr., please visit our flower store.