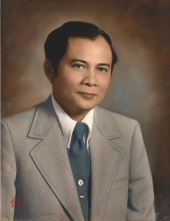 Nestor graduated college and medical school from the University of Santo Tomas in the Philippines. Upon his graduation in 1957, Nestor was the first person in his family to immigrate to North America. He began his residency in Bristol, Connecticut in 1958 and completed the remainder of his residency in 1961 in New York. Following his residency, he opened his own private family practice in the Philippines in 1961. In 1965, Nestor moved to Canada to complete his residency in Internal Medicine at Ottawa General Hospital. Later in 1967, he was joined by his wife and children in Canada. Nestor and his family moved to Indianapolis in 1972. Nestor practiced Family Medicine and was a staff member at St. Francis Hospital and University Heights Hospital in Indianapolis for nearly 30 years, retiring in 2001. Nestor had his own private practice clinic where he cared for many families over his career. Nestor was also the director of many nursing homes in Indianapolis during his medical career. Nestor was president of the Barangay Club of Indiana and the Indiana Philippine American Medical Association; he was a member of the Indiana State Medical Association and the American Medical Association. Nestor was board certified by the American Board of Family Practice.

Nestor and his family have been parishioners at St. Barnabas since their move to Indianapolis in 1972. Nestor was a very humble and generous man; he was known to always help others, including his extended family members that remained in the Philippines. Nestor and his wife loved to travel around the world, but they especially loved going to Las Vegas. An intelligent man with a sharp wit, Nestor was excellent at playing chess and Mahjong; Nestor also liked karaoke. A talented ballroom dancer, Nestor enjoyed dancing with his wife at the Arthur Murray Studio in Greenwood. Nestor and Violeta won many competitions for their Tango, Rhumba, and Swing dances. They also participated in dance exhibitions on cruise ships. Nestor’s humorous nature and gentle spirit will be missed by all who loved and had the privilege to be cared for by him. Nestor was a kind man who had compassion and empathy for those around him, including his patients, family, and friends.

Nestor was preceded in death by his parents and his siblings, Bernardino and Bienvenido Reyes, and Fe Baile.

Visitation will be held Friday, January 31, 2020 from 4:00-8:00 P.M. in the O’Riley Funeral Home, 6107 South East Street, Indianapolis. Morning prayers will be said prior to the celebration of mass on Saturday, February 1, 2020 at 9:30 A.M. at the funeral home. The Mass of Christian Burial will be celebrated at 10:00 A.M. on Saturday at St. Barnabas Catholic Church, 8300 Rahke Road, Indianapolis. Entombment will follow in Calvary Cemetery. Please visit www.ORileyFuneralHome.com to leave an online condolence for the Reyes family.

To order memorial trees or send flowers to the family in memory of Nestor C. "Eddie" Reyes, M.D., please visit our flower store.