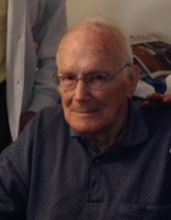 He graduated from Lebanon High School, proudly served in the United States Army, and later graduated from Indiana University. Oliver was a delivery driver for 30 years for Jockish Flowers and prior to was employed at Spradling Auto Parts and Gasway. An avid reader, he also volunteered for many years for the Central Library. Oliver also enjoyed traveling and was proud to have visited all 50 states.

In addition to his parents, he was preceded in death by brothers, William and Wayne Peper; sister, Vye Speitel.

Survivors include one sister, Mary Jockish of Greenwood; a host of nieces and nephews.

Private services are being handled by the Daniel F. O'Riley Funeral Home. Visit www.ORileyFuneralHome.com to share a favorite memory or to sign the online guest registry.

To order memorial trees or send flowers to the family in memory of Oliver Lee Peper, please visit our flower store.