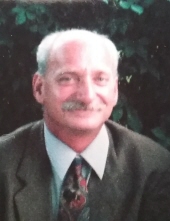 Philip R. Anderson, 62, of Indianapolis, passed away Wednesday, April 10, 2019. Born October 24, 1956 Phil was the son of the late, Paul R. Anderson and Mary P. (Smith) Anderson; his mother survives and resides in Indianapolis.

He worked in material handling at Schuster’s Block Company for many years; after retirement, he worked in construction with his son-in-law for a number of years. He was a member of University Heights Christian Church. Phil enjoyed hunting, fishing, camping or anything outdoors. Most recently, he enjoyed playing cards and NASCAR. Most of all, Phil was a loving son, father, grandfather, brother, and friend.

He was also preceded in death by his sister, Carolyn S. Clements.

Family and friends will gather to celebrate the life of Phil Anderson from 2:00 p.m. until 5:00 p.m. on Sunday, April 14, 2019 in the Daniel F. O’Riley Funeral Home, 6107 S. East Street, Indianapolis. The funeral service will begin at 10:00 a.m. on Monday, April 15, 2019 in the funeral home. Burial will follow at Calvary Cemetery. Visit www.OrileyFuneralHome.com where you may express online condolences to Phil’s family.

To order memorial trees or send flowers to the family in memory of Philip R. Anderson, please visit our flower store.